In the great scheme of life, neither Good nor Evil can ever prevail for any length of time or the balance will be lost. Without balance there can be no harmony among the land and its creatures. To help restore balance to the land you must often perform deeds, that in the eyes of many, would be considered wrong, terrible, or outright despicable, but in the end none of it matters if true balance is achieved.
One creature currently offsets the Balance to that of Good. This creature is Bahamut, lord of the Good dragons, and he must be destroyed.

The great Ranger Shamus is said to know something about him.

Created by : Rastafan
Once per Reboot : Yes 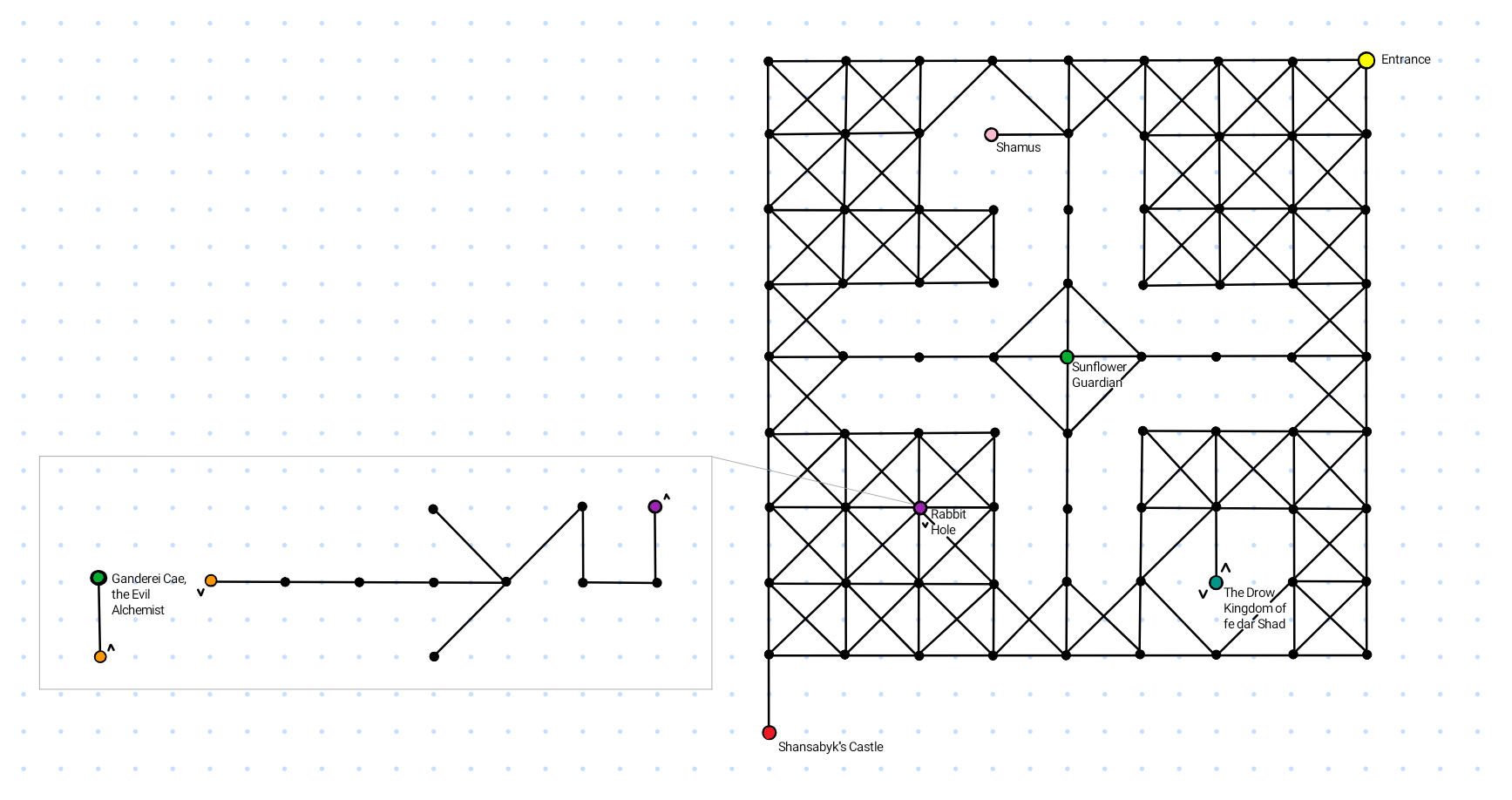 Summary: The goal is to gather 5 dragon teeth and a catalyst, ensuring that you also collect the key letters the dragons speak upon their death in order to activate the catalyst. Once everything is gathered and activated, give it all to Shamus. Kill Shamus, kill Bahamut, and the quest is complete.

Note: Each of these dragons must be killed by you.
Second Note: You should bring at least 3 light sources with you. See the lights page if needed.