The Secret of Nimh

Johnathon Brisby was killed today while helping with the Plan. It is four years since our departure from NIMH, and our world is changing. We cannot stay here much longer. Johnathon was a dear friend. I am lost, knowing how to help his widow. She knows nothing of us, or the Plan. Perhaps best that I do nothing at present. I shall miss him. -Nicodemus Mrs. Brisby is in trouble. Spring has come early and her youngest son Timothy is very sick. If she can't find a solution then he could die. Seek her out and see what you can do to help her. Courage of the heart is very rare. The stone has a power when it is there.

Search in the Realm of Chaos

Created by : Samiel
Once per Reboot : No 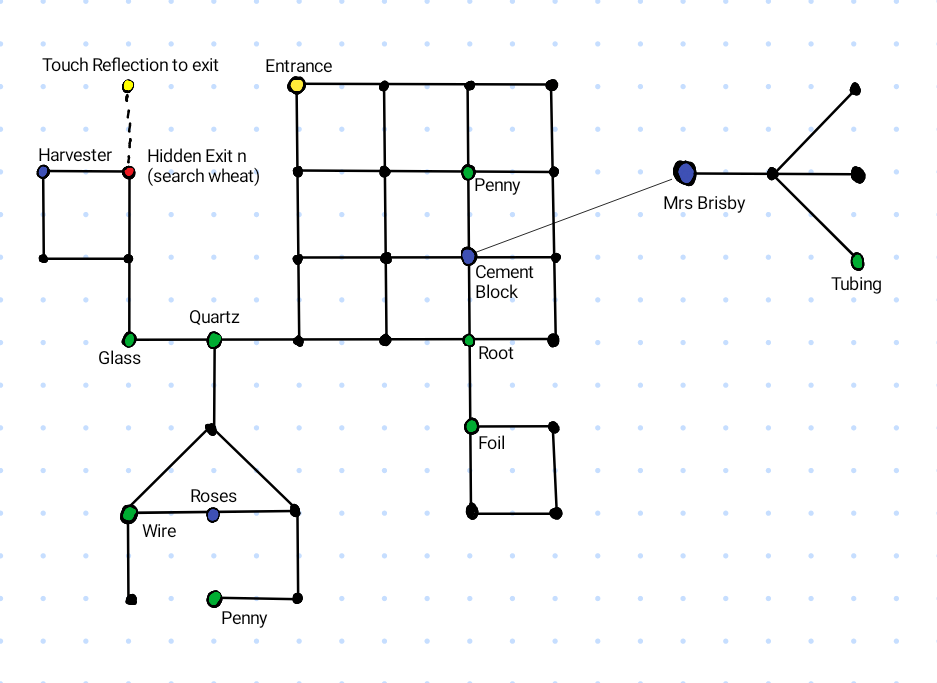 WARNING: Many things must be done to completion and in the correct sequence during this quest. Shortcuts will often lead to trouble. For example, giving Ages the note before he asks for a symptom will lead to him throwing it away. Be sure to read the quest notes before performing actions. Sometimes you will need to let the NPC's finish talking. Also some item locations and requests will change from one attempt to the next. If you get stuck, coming back later to try again might have more success.