A great problem has become apparent within Mega-Tokyo. Boomers are slowly taking over the city as Genom works to infiltrate the entire world. Only Ayako Ikeda seems wise to Mr. Quincy Leo San's true plan. Help him solve the Boomer Crisis!

Search in the Realm of Science

Created by : Aristocles and Mischief
Once per Reboot : No 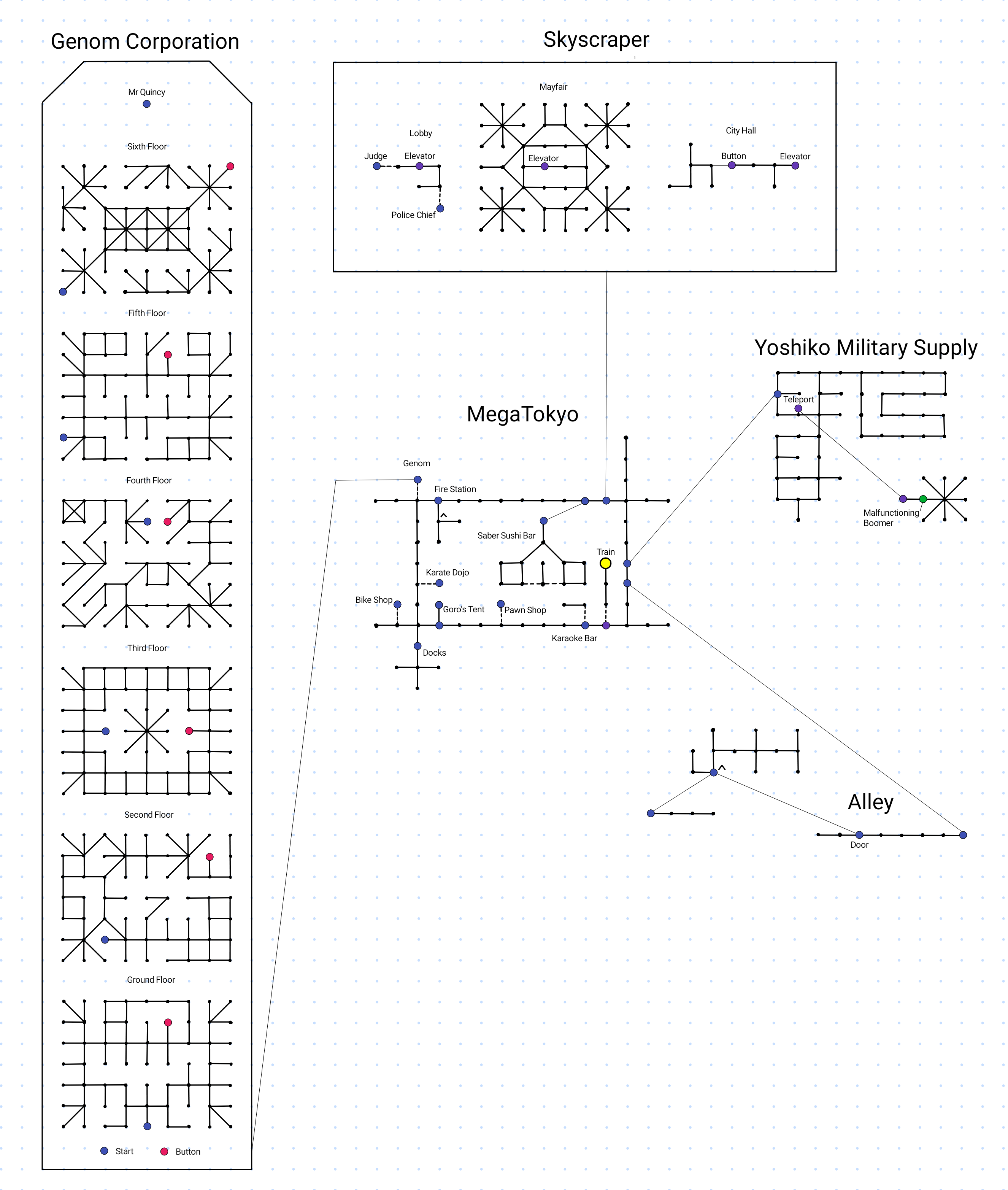 Note: At some point during this quest, you will need to remove ALL gear and lose all followers. However, you can smuggle your items. With this in mind, if you can keep unnecessary items in a guild/house/or clan box, it may be helpful.